Ford said Bronco Heritage Edition and Heritage Limited Edition orders will open at $44,305 and $66,895 later this year with initial orders prioritized for current Bronco reservation holders. Orders will open to all customers next year regardless of reservation status.

Essentially a visual upgrade kit, both the Bronco and Bronco Sport Heritage Editions feature a two-tone paint job with a painted white grille, roof, and wheels. The Ford lettering in the grille has been painted a contrasting red color, and white pinstripes line the body.

Full-size Bronco Heritage Editions up the retro flair with squared-off fenders while both models sketch Bronco script in the fender’s pin striping. 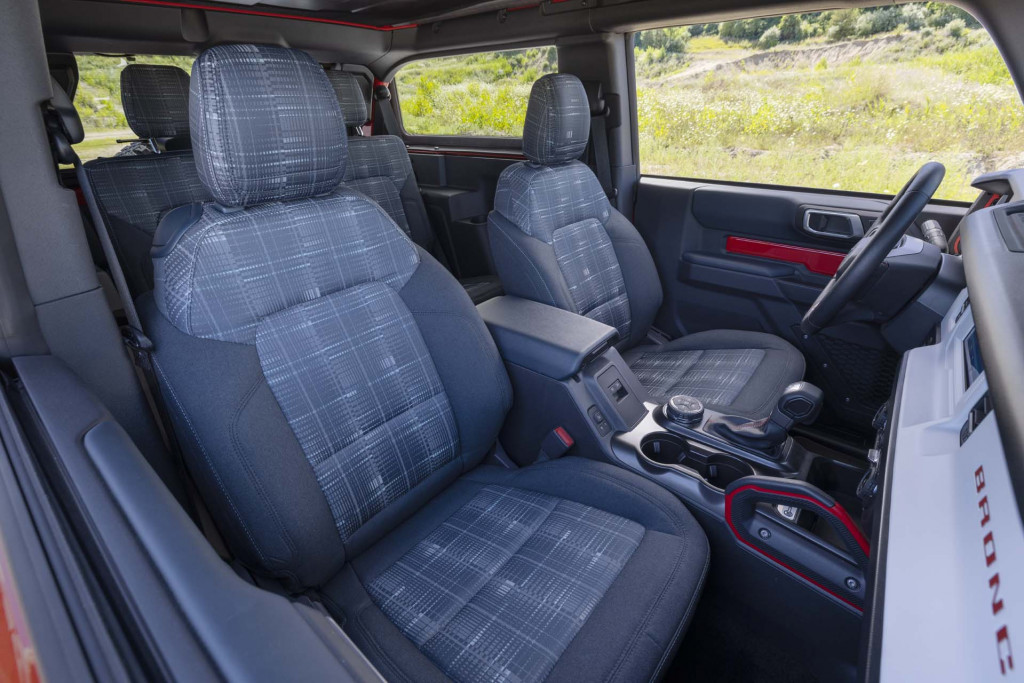 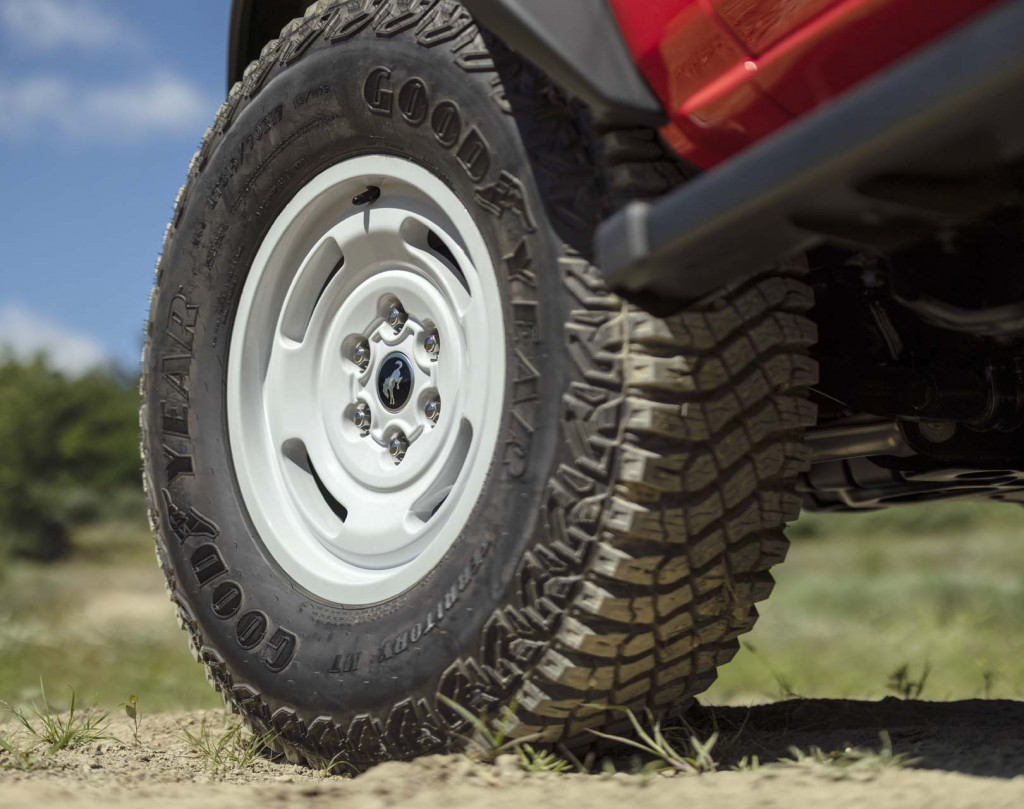 Based on Big Bend

Bronco Heritage Edition will be based on the Big Bend trim and be powered by a 2.3-liter turbo-4 with 300 hp and 325 lb-ft of torque. A 7-speed manual transmission is standard while a 10-speed automatic will be an option. The Bronco’s Sasquatch package—which adds long-travel Bilstein dampers, wider fender flares, 35-inch Goodyear mud-terrain tires, front and rear lockers, and a 4.7:1 final drive ratio—will be standard.

Bronco Sport Heritage Editions are also based on the Big Bend trim and have a 1.5-liter turbo-4 under the hood making 181 hp and 190 lb-ft. All-wheel drive comes standard, and there are five drive modes including Normal, Eco, Sport, Slippery, and Sand. 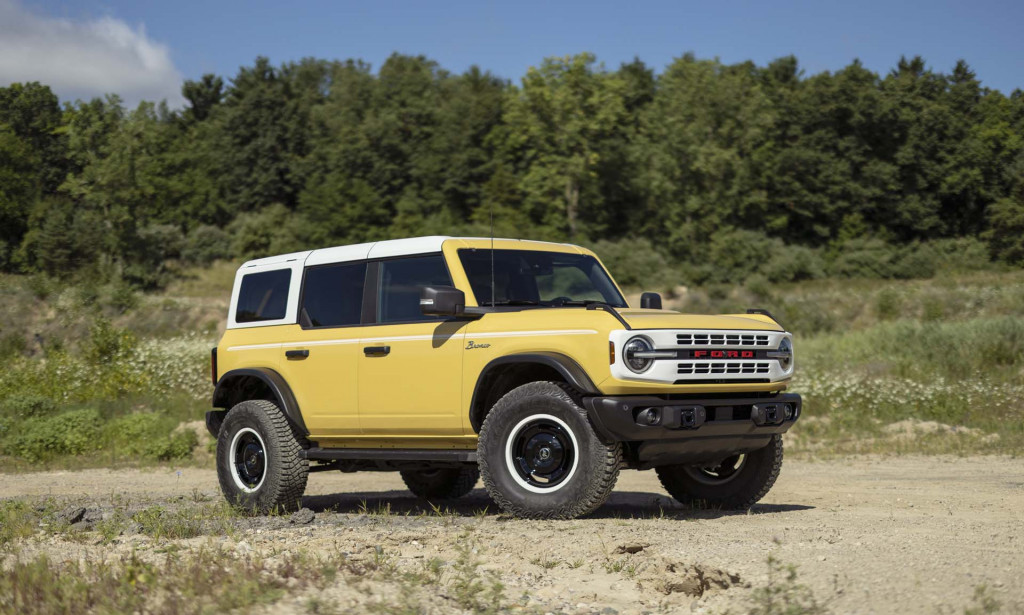 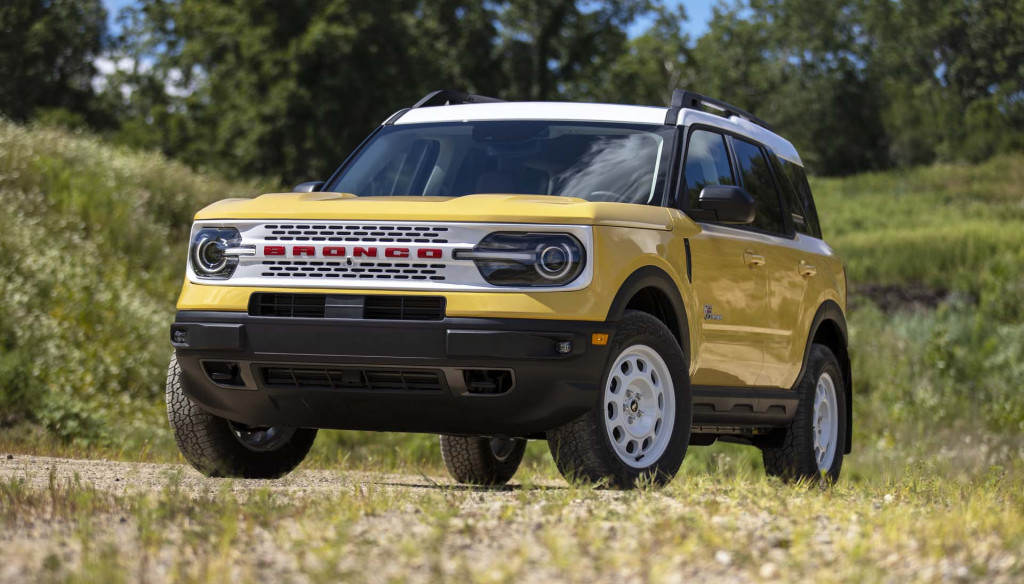 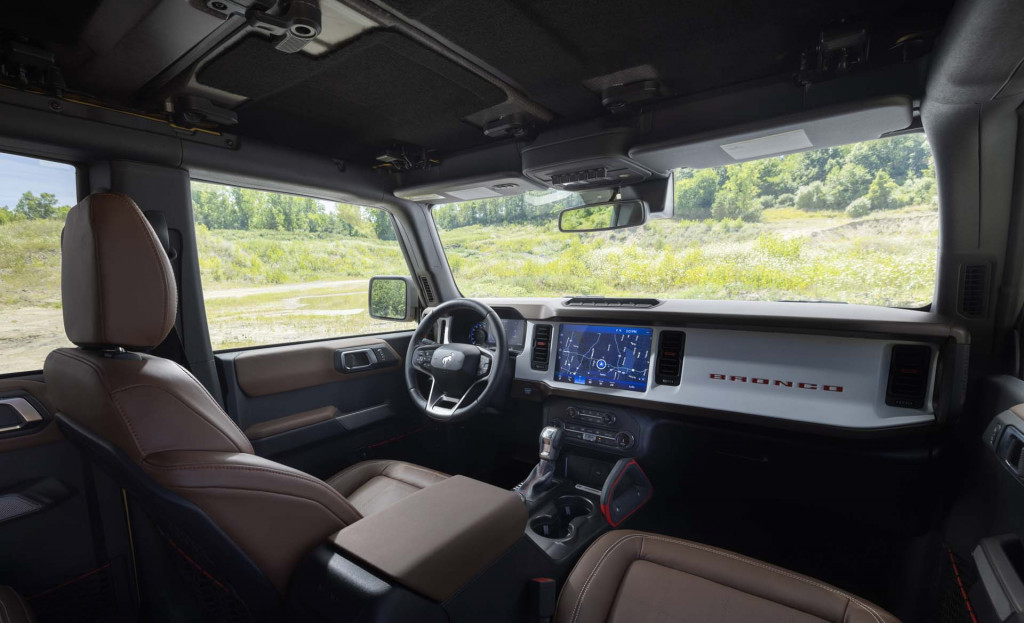 Full-size Bronco Limited Edition models swap the turbo-4 for the larger 2.7-liter turbocharged V-6 with 330 hp and 415 lb-ft. The 7-speed manual transmission option disappears with a 10-speed automatic as the standard and only option.

Bronco Sport Limited Edition models are powered by a 2.0-liter turbo-4 with 250 hp and 277 lb-ft. A more advanced twin-clutch all-wheel-drive system with a differential lock is swapped in and the drive mode system gains Mud/Ruts and Rock Crawl driving modes.

Thu Aug 11 , 2022
A prototype for Maserati’s long-awaited redesign of the GranTurismo has been spotted again. It hints at a car with similar proportions to the last GranTurismo but with smoother, more flowing lines. A cleaner aesthetic, like we see on the MC20 supercar, is also planned, it seems. Maserati is also out […]