The British exit, or Brexit, referendum by the population of the United Kingdom to leave the European Union (EU) has already had some impact on the supply chain, and will likely have much more in the coming months. The dust is still settling after the narrow 51-percent victory, but as the UK moves toward independence, supply chain managers need to be prepared for how this might affect their businesses and suppliers.

Within hours of the final vote count, the British pound plunged to its lowest level since 1985. Futures across European and American markets took a serious dive. But these reactions were based mostly on panic, and came prematurely. The country won’t leave the European Union overnight, or even within weeks, and likely not even within the next year. It’s possible that all the uncertainty on the horizon could drive the UK into a recession, but for the short term, things should be business as usual.

There’s still time to take precautions, so there’s no need to panic. A country that wants to leave the EU has up to two years to negotiate the terms of release, according to Article 50 of the Treaty on European Union, and it’s likely that the two parties will use that entire period to negotiate the best deal possible. Until those terms are set on paper, the long-term effects for British and European markets remain up in the air.

Still, that doesn’t mean supply chain stakeholders should sit on their hands. Start playing the long game where you can. Here are some problems that companies can begin preparing for now so you aren’t caught off guard:

The British exit from the European Union will have ripple effects for years to come, and until more information becomes available, those effects will be hard to predict. There’s a lot of uncertainty ahead, and companies in both the United Kingdom and the European Union might take a few hits they weren’t expecting. But good planning and risk management programs implemented now can offset a great deal of problems in the future.

For businesses that are prepared, Brexit is completely survivable. 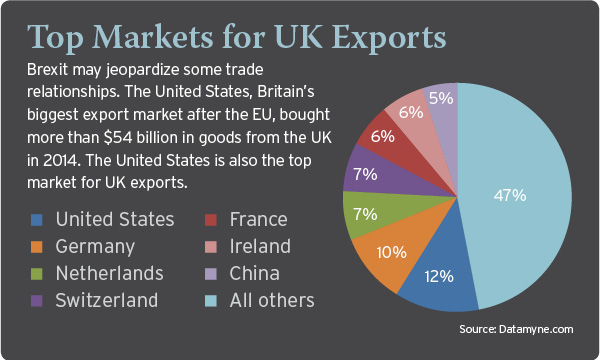 If there’s one thing to be said about Los Angeles-based startup Hyperloop One, it’s that it doesn’t think small. After a successful 100-yard test run of its technology in May 2016, the company signed a memorandum of understanding with Russian transportation infrastructure specialist Summa Group to begin researching the possibility of installing its Hyperloop in Russia.

So what is a Hyperloop? In short, the technology uses a vacuum-sealed tube rather than a road or track. Within the tube, cargo or passenger pods levitated by magnets can travel at speeds of up to 800 miles per hour. The original concept is the brainchild of U.S. billionaire entrepreneur Elon Musk, of Tesla Motors and SpaceX fame.

The long-term goal of Hyperloop One and Summa Group is to “implement a transformative new Silk Road: a cargo Hyperloop that whisks freight containers from China to Europe in one day,” says Shervin Pishevar, co-founder and executive chairman of Hyperloop One.

Some might wonder why a Los Angeles-based company went all the way to Russia to make this science fiction dream come true. But considering the failing state of U.S. transportation infrastructure, it seems like moving the project outside of U.S. borders was probably the right move. One look at the struggle of retailers and parcel carriers who want to use delivery drones in the United States will tell you how friendly the U.S. regulatory environment can be to extreme new technologies. It seems likely that the company is already having better luck bringing the project to life overseas.

Investment and regulatory hurdles aside, there are still many more tests to run. At this point, it’s not clear what sort of maintenance the tubes would require, or what prolonged use would do to human health or certain types of freight.

But one thing is for sure: The Hyperloop concept is pretty cool.

Amazon has hit a few snags in India, but shows no signs of being deterred. In the United States, the online retailer’s distribution falls mostly on the United States Postal Service, or other large parcel carriers like UPS and FedEx. But in India, reliable nationwide parcel carriers are harder to come by, so Amazon covers most of the last mile with its own logistics services. But that can also be tricky, since transportation infrastructure leaves much to be desired in some parts of the country.

Fortunately, Amazon doesn’t face the same restrictions on delivery drones that it does in the United States. A recent rumor says it will be testing its Prime Air drones in the country very soon, according to The Economic Times.

As a foreign company, Amazon is also technically forbidden from direct sales in the country, so it is restricted to acting as a third-party marketplace. However, it can offer those third parties quite a bit in return for using its platform. One of the major benefits Amazon has received from its time in India comes from many new small businesses that now sell through Amazon globally.

The investment comes at a time when Amazon faces competition from other online marketplaces like Flipkart and Snapdeal. Despite some successful fundraising initiatives by the two major competitors, and a recent loosening of laws on foreign direct investment that swelled the coffers of both companies, it doesn’t seem likely that they’ll push Amazon out.

“We have already created some 45,000 jobs in India and continue to see huge potential in the Indian economy,” Jeff Bezos said in a statement to the press after a U.S.-India Business Council summit.

Amazon’s growth in China has been stunted by fierce competition from Chinese e-commerce company Alibaba, but apparently competition doesn’t seem to spook Amazon in India. After a $3-billion investment, it doesn’t seem likely that Amazon will be slowing down in India any time soon.

Despite their best intentions to establish trade compliance, a recent survey of multinational companies reveals a costly risk gap between knowing and doing that may lead to fines and incarceration.

Fifty-six percent of surveyed executives at these companies aren’t investing in trade compliance training, even though 28 percent of those companies had been fined or warned by government agencies for non-compliance, according to a recent survey of U.S.-based global companies by global trade management solutions provider Amber Road and its training practice Global Trade Academy.

These companies create a gap between having plans and the ability of their employees to act on them, with 46 percent not requiring any training for employees, and 28 percent requiring fewer than 11 hours of training.

Lack of awareness about the benefits of trade compliance causes many companies to leave money on the table. Many organizations are not taking advantage of preferential trade programs (see chart, below), yet companies with trained staff that can take advantage of these programs can save millions of dollars. 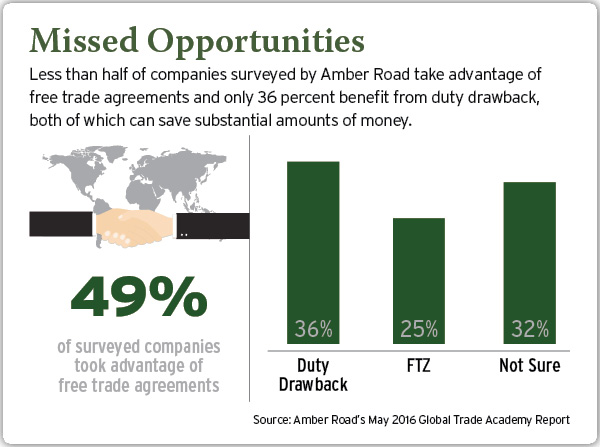 ICE and electric power on the menu

Tue Jul 5 , 2022
Hot on the heels of a sighting of a prototype for a redesigned Mini Hardtop comes fresh spy shots of the premium small car brand’s next Countryman. Both redesigned vehicles are due in 2023, likely as 2024 models. The Countryman prototype in our latest spy shots is for a performance-oriented […]