Volkswagen late on Tuesday presented the next salvo in its EV onslaught in the form of the ID.7, a mid-size sedan that will fill in for the Passat in the U.S.

VW has only shown a camouflaged prototype, though the automaker has also provided a look at the interior. The prototype is due to make an appearance at the 2023 CES in Las Vegas, which runs Jan. 5-8, and will appear without the camo gear in the second quarter of 2023.

Similar prototypes for the ID.7 have been spotted in the wild for more than a year, and VW also previewed the design last June with the ID.Aero concept car. The design of the ID.7 has been toned down somewhat compared to the ID.Aero, though it’s still shaping up to be an attractive option on the EV market thanks to its coupe-like profile and typical ID styling cues.

The ID.7 has a long 116.9-inch wheelbase and is expected to have an overall length of about 197 inches. Underpinning it is VW Group’s MEB platform designed for mainstream EVs, and the maximum range as measured by the EPA is expected to lie north of 300 miles. 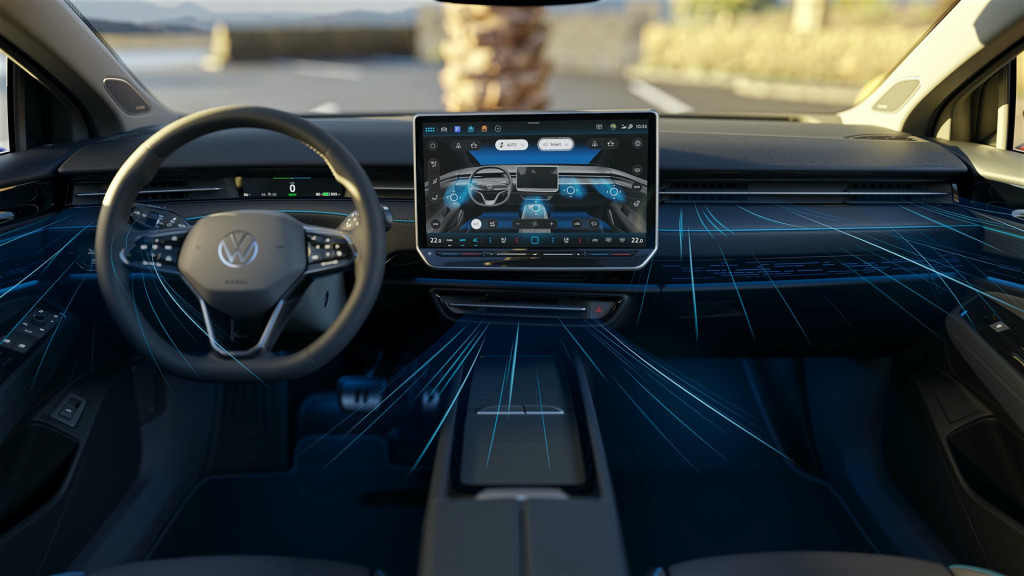 VW describes the ID.7 as the flagship of its ID family of EVs, and in keeping with this positioning the automaker has packed the sedan with top-shelf cabin technology. Confirmed features include an augmented reality head-up display, a 15-inch touchscreen for infotainment, and a climate-control system that can direct air at an occupant or spatially to cover the cabin. VW has also included touch sliders for many of the controls, which can be a pain to use when driving, though the automaker has also included voice activation that can serve as an alternative to the touch sliders in many cases.

China will be the first market for the ID.7, with sales to start there in the second half of 2023. Sales in North America and Europe will follow shortly after, meaning it will likely arrive in the U.S. as a 2024 model. 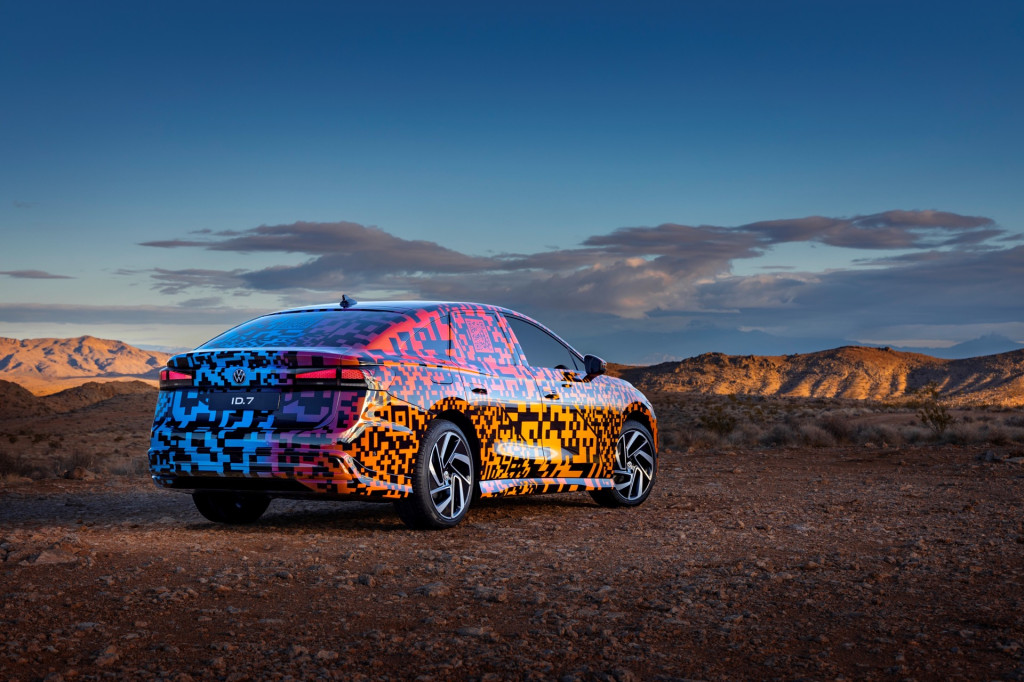 While the ID.7 will serve as the spiritual successor to the Passat that was dropped in the U.S. after 2022, a redesigned Passat is being developed for the rest of the world, possibly as a wagon only.

VW has more ID EVs on the way, as the ID.7 is one just 10 EVs the automaker will launch by 2026. The U.S. finally gets the ID.Buzz minivan next year, and will probably also see a three-row SUV about the size of the current Atlas mid-sizer. A wagon version of the ID.7 is also a possibility, as is a crossover about the size of the Tiguan. Elsewhere, VW plans an updated version of its ID.3 compact hatch, a new ID.2 subcompact crossover, and the much-hyped Project Trinity technological flagship.

Wed Jan 4 , 2023
Alfa Romeo celebrated the new year by teasing a mystery model. Rumors point to it being the supercar hinted at by Alfa Romeo boss Jean-Philippe Imparato last summer. The supercar, possibly called the 6C, is meant to be a swan song for the internal-combustion engine as Alfa Romeo switches to […]