Dodge revealed the Hornet, its entry into the small crossover SUV game, on Tuesday during its Speed Week celebration in Pontiac, Michigan, but it won’t just be a daily commuter. Offered in two models with two powerful engines and a bent toward performance, the Hornet borrows from the Charger and Challenger playbook.

The Hornet will arrive this December as a GT model with a 2.0-liter turbo-4 making 268 hp and 295 lb-ft of torque. Paired with standard all-wheel drive and a 9-speed automatic transmission, the Hornet will be good for a 0-60 mph time of 6.5 seconds, according to Dodge.

Next spring, the Hornet R/T PHEV will arrive with a 1.3-liter turbo-4 teamed with a rear motor good for 121 hp and 184 lb-ft to make a total of 288 hp and 383 lb-ft. The rear motor provides all-wheel drive, and makes the Hornet Dodge’s first electrified vehicle. A PowerShot function, activated by pulling both steering wheel paddles and kicking down the throttle, adds a boost of 25 hp for 15-second bursts (with 15-second cool downs) and cuts the 0-60 mph time one second to 6.1 seconds.

The R/T uses a 6-speed automatic and comes with Hybrid, Electric, and E-Save driving modes so drivers can get the best efficiency, use only electricity, or save the electricity for use later, respectively. Dodge claims the R/T’s 15.5-kwh battery pack will give it more than 30 miles of electric driving range, and a 7.4-kw onboard charger will allow a full charge in 2.5 hours on a Level 2 outlet.

The Hornet rides the platform of the Alfa Romeo Tonale and uses a MacPherson strut front suspension and an independent three-link Chapman strut rear suspension. Koni shocks will come standard and adjustable dampers will be optional for both models in the Track pack. Dodge says it has an enhanced body structure for better control. Standard performance bits on the R/T will include dual exhaust, steering wheel shift paddles, and Brembo front brake calipers. The Brembos will be optional for the GT. Dodge quotes skidpad traction figures of 0.9 g for the R/T and 0.87 g for the GT. A Sport mode for both models will ramp up the performance and quicken vehicle responses. 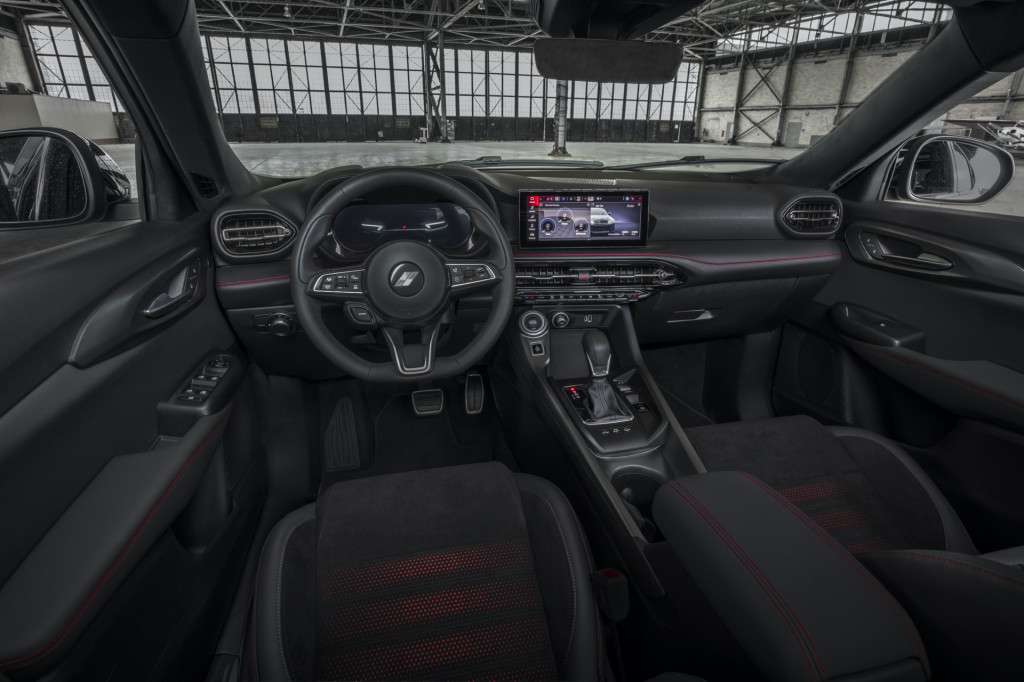 Inside, the Hornet features a 12.3-inch digital instrument cluster and a 10.3-inch center touchscreen to run the brand’s Android-based Uconnect 5 infotainment system. It will also come with wireless Apple CarPlay and Android Auto, plus a built-in Alexa virtual assistant, and it will offer a 14-speaker, 465-watt Harman Kardon audio system. Dodge says the screens and other interior controls are tipped toward the driver for a driver-focused cockpit. A flat-bottom steering wheel and red stitching add a performance flavor. Black leather upholstery will come standard, and buyers will be able to opt for red seats for more attitude. Alcantara upholstered seats will be available in the Track pack, which will also include 20-inch wheels. 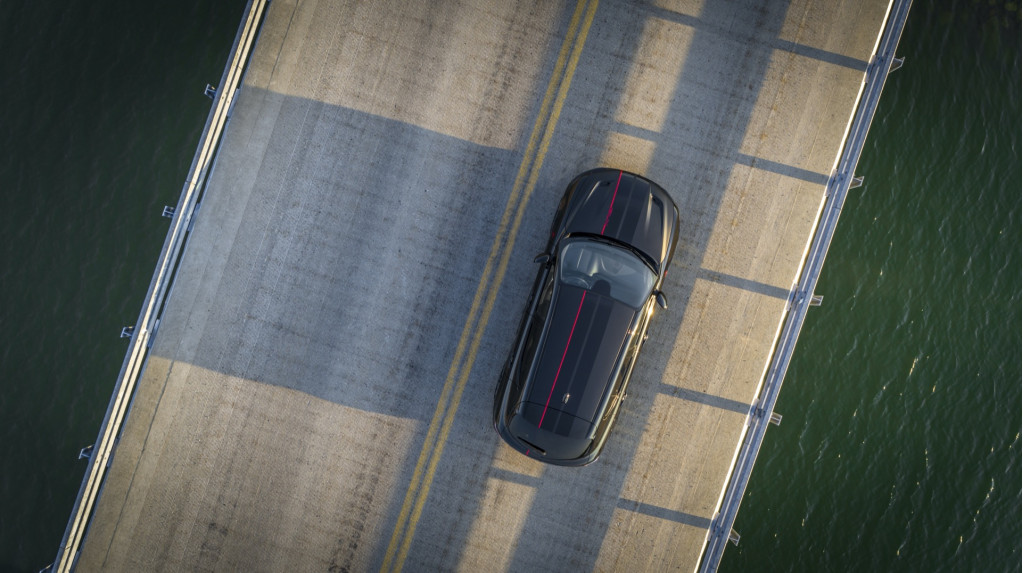 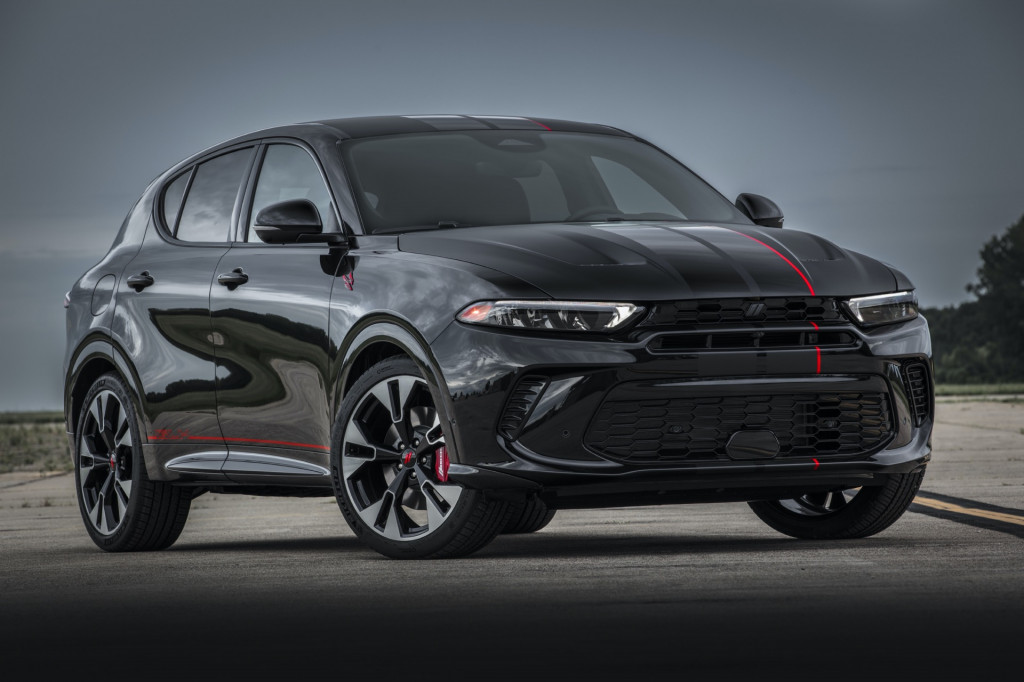 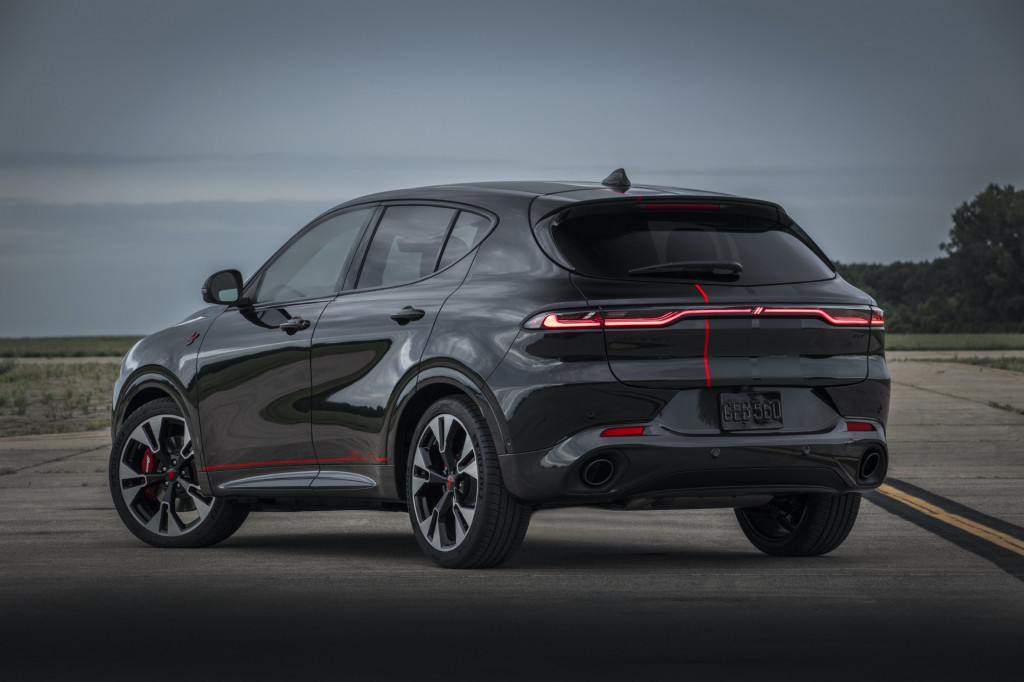 Dodge showed three Hornets at Speed Week: the GT, R/T PHEV, and a vehicle it called the Hornet GT GLH Concept. A reference to the Carroll Shelby-influenced Dodge Omni GLH of the 1980s, the Hornet GLH is a showcase for the brand’s Direct Connection aftermarket parts portfolio. The GLH features a “Stage kit” with various performance upgrades for the GT, a kit that drops the suspension more than one inch, unrestricted dual exhaust with black chrome tips, special 20-inch wheels, GLH graphics, and black-painted lower trim with an exhaust cutout in the rear rear fascia. Buyers will be able to get these parts and more from their Dodge dealers.

Dodge says the Hornet will start under $30,000, and buyers can begin placing orders for the GT on Wednesday.

Wed Aug 17 , 2022
Dodge revealed the 2023 Hornet small crossover as part of its Speed Week festivities. Based on the Alfa Romeo Tonale, the Hornet will feature a 268-hp turbo-4 in the GT model and a 288 hp plug-in hybrid powertrain in the R/T PHEV. Dodge adds some styling elements from its muscle […]